He WAS extremely weak

I saw a beautiful horse advertised on a site linked to Facebook and having lost my precious dressage horse 2 years previously I was very interested in viewing as he was very closely related.

My sister and I had our dressage horse's for 19 years and 25 years respectively and had lost them both within the same year two years previously and this horse had breeding from both of their pedigrees.

We unusually were both free on that weekend so arranged to visit.

We drove for 2 hours from Essex to Nottingham on a freezing cold day and what we found was truly heartbreaking. 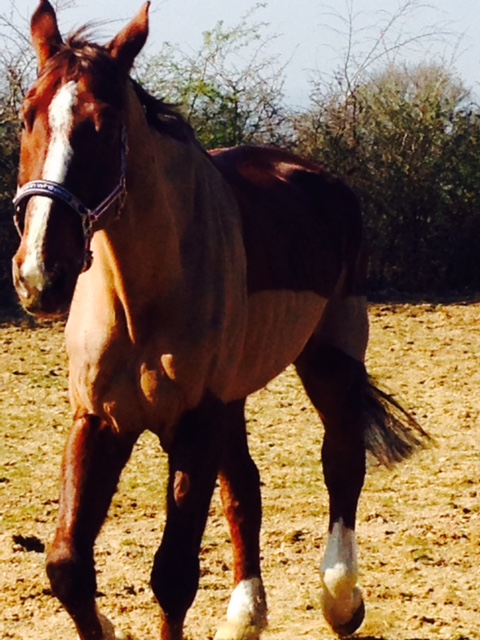 We pulled up outside a mud patch of a field with a couple of mobile stables on one side and a portacabin in the other, there was a young girl and a lady standing in the portacabin dressed for winter ( hats, coats, gloves ) and opposite in the stable we could see a horse tacked up, tied up with no rug on and with a blanket clip.

As we were shown to the stable my heart dropped and I couldn't believe my eyes, the horse was shivering from the cold, extremely dehydrated, extremely underweight and had mud fever which was cracked and bleeding on all 4 legs.

The horse could barely hold his head up and was extremely weak.

I had seen the horse now and wanted to do all in my power to save him.

On leaving I spoke to the World Horse Welfare and they advised that they would have to visit and give advice and a warning before the horse could be taken which may take at least a month, I was worried the horse wouldn't survive that long as we were told he lived out and was wearing a rain sheet and we were due snow.

I then offered ever increasing amounts of money until the owner finally agreed a price, I asked for a basic vetting ( heart, lungs, eyes ) just incase there was an underlying problem.

I got a call the following day to say she had had to call a vet as the mud fever had become infected and his hind legs had swollen very badly.

The vet could not vet him until this had gone down, this probably saved his life as he had to be put in a stable and fed antibiotics for the following 10 days.

The following 10 days seemed like months but finally passed and we went to collect him.

The journey home was very slow and extremely worrying as we were scared of him going down in the lorry due to exhaustion.

It's been a long, slow process of building him up, he had the dentist to him 4 times in the first year as he had trouble chewing. 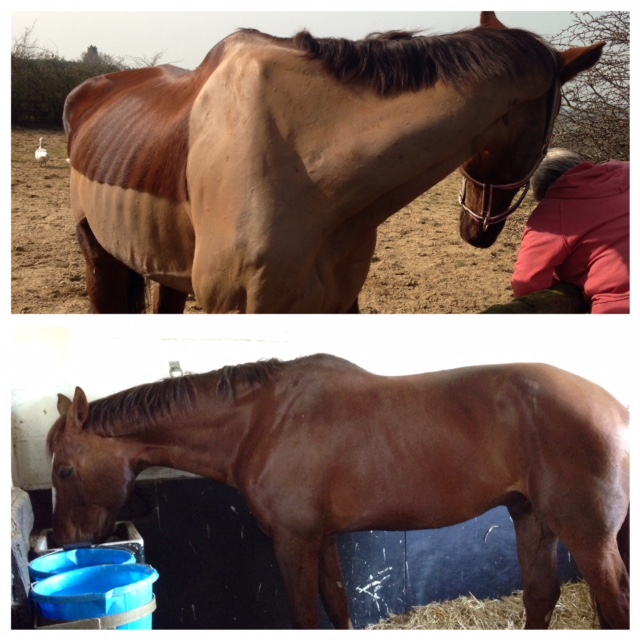 He absolutely loves his ReadyMash Extra and it's still the main feed in his diet now.

PS We call him Big Dave because on the day we viewed him it was " Call everyone Dave day " in honour of Roger Lloyd Pack who played Trigger in "Only fools and Horses" who died of Pancreatic Cancer. X

All manufacturing at Rowen Barbary is carried out in a state of the art mill located in the heart of the Shropshire countryside. We use only the highest quality ingredients sourced, where possible, from local farms before they are blended by our dedicated team in our UFAS audited mill.

Rowen Barbary also conforms to BETA NOPS guidelines with raw materials & finished feeds regularly laboratory tested to ensure that every bag of feed continues to meet not only ours, but also your high standards.