Here are a few of the highlights from 2017 – all fuelled by Rowen Barbary Feeds.

Bradwell Horse Trials, saw Super Paddy do a lovely dressage test for 22.5 – with a 10 for the first centre line –he followed this with foot-perfect clears to finish on 22.5 for 2nd place (beaten by just 0.5 of a penalty!!)

A step up to Novice and an outing to Eland Lodge saw Paddy produced a lovely test of 32.3 and a double clear round a big beefy show jumping and XC course to finish in 3rd place; so proud of him!

Albert had his first outing since being in rehab, a dressage outing where he was a little superstar doing a lovely test for 70% taking 1st place. Such a good little stallion.

Baby Skye joined the team to achieve 7th place in her first BE 4 year old event.

Hard to believe that 12 months ago we didn’t think Joey would ever jump again!!

But he has now been out and about winning, at combined training he did a fab dressage test for 75.5% and clear showjumping for 1st, then in an arena event, he did a 28.2 dressage and double clear for 1st . He then went onto complete his first event in 2 years at Kelsall Hill.

Super cob Flower Power excelled last year, she did a beautiful clear in the workers at the Royal Welsh to take 2nd and then Reserve Champion! Followed by double clear in a BS British Novice for 1st place, then another win in the workers at Anglesay Show! A week at SCOPE BS jumping saw her take a 9th and 7th place in classes with 80-90 entries. I think she has proved that cobs can jump! Her owner/breeder Carys Taylor is super proud of her homebred girl. She also won the Senior Show jumper section of the Welsh Pony and Cob Society Performance Awards and came 9th overall in the Welsh Section D’s. 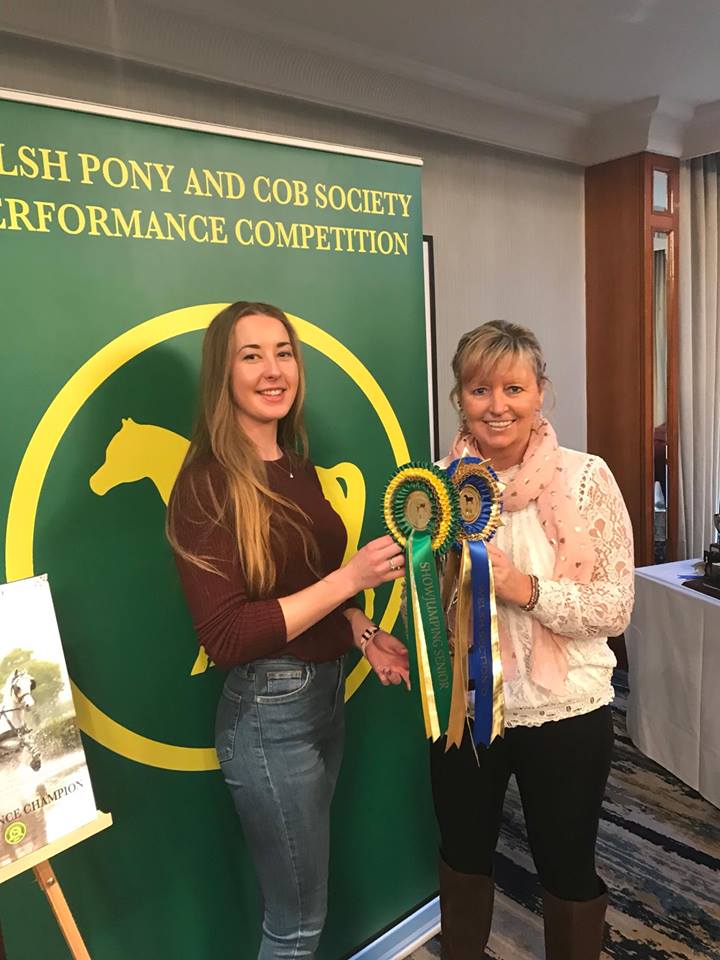 The British Eventing calendar is up and so the plans are afoot for 2018 – all the horses are currently in work and training for their fitness and towards their first events. I have numerous dressage and show jumping outings planned as this is my chance to practice in competition ready for the season.

Just starting to get impatient now as I can’t wait for the season to start.