One door shuts and another opens - Christa Davis

Well as our hunting season is coming to a close its time for a roll reversal on jobs for the hunters and for them to get their dancing shoes on! We had a new RoR (Upton Wood or Mac) arrive just after cubbing who we put on ReadyMash Extra, it was safe to say he loved it. This has helped transform him dramatically condition wise as he came racing fit. Mac unfortunately had an unlucky accident out hunting and de-gloved his leg. His re-schooling has been put on hold until its healed.

The show season started a little earlier for us as we have a Novice Connemara to get out before the season starts. I have been schooling Charlie over the winter and hacking him out as he has turned into Mr Needy now I'm not on the ground with him! We took Charlie to his first novice show where he won his ridden M&M Class. He then went to the NPS Show at one of our local venues, this was a big step for him with the show being very popular and plenty to see, but I'm happy to say he WON his class. We are very lucky at the moment because he's a beautiful dapple grey but we are well aware this won't last long.

Rory has been doing a bit of hunting over the winter too which at 18 years old is a first for him. I decided to go all out and go Sidesaddle, it's safe to say I'm glad I had a neck strap!! I think it's lovely for the show horses to do a bit of something different over the winter and it definitely helps keep them sweet and manage all types of ground. 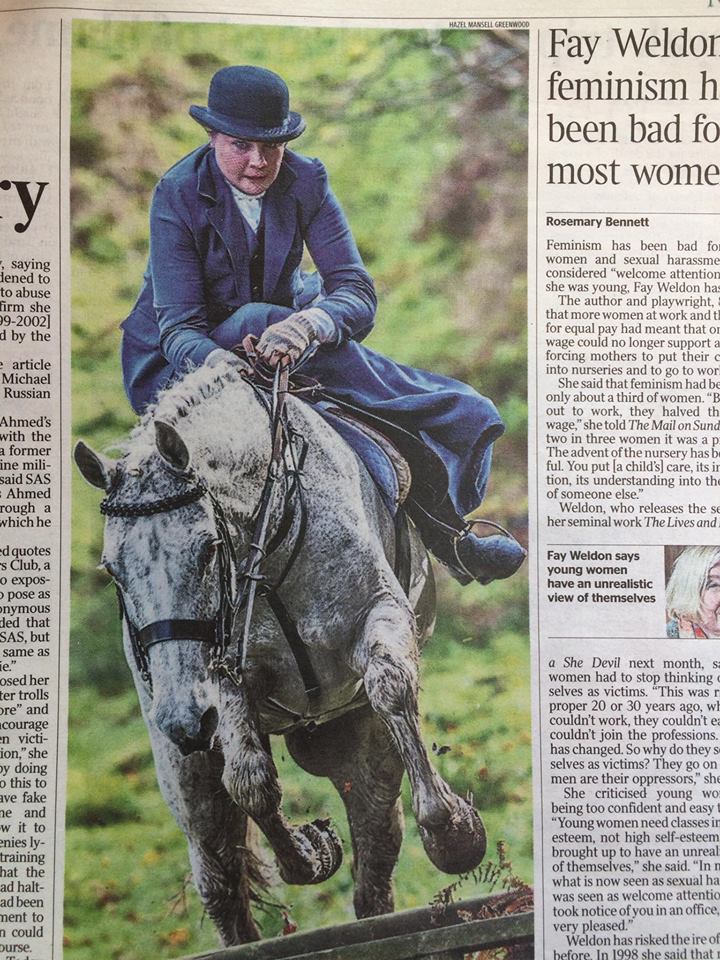 Hopefully the next time I write my blog I will have some more results and news on Macs progress.

ReadyMash Extra; we use this all year round on the Hunters and Show horses, their weight looks super BUT healthy and their coats are always glossy.

Beetroot and Carrot Mash; these are brilliant for hiding antibiotics in.